How do you get your computer to make you a sandwich? Sudo!

Let’s say you have a special high-privilege user account that you allow to run a few commands without passwords.

Let’s give it a try

That’s a problem. You don’t want a password prompt here! 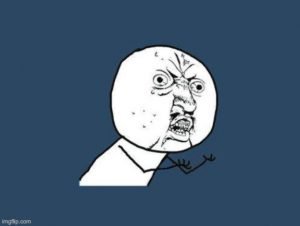 Do not despair! Sudo includes a command line option to tell you your privileges.

Specifically look at those two /usr/bin/whoami entries. The bottom one wins! That means sudo thinks that deployer should give it a password. Thanks, sudo!

Where are the configurations for those two entries?

We have found the problem: two overlapping sudoers files.

You can either remove the redundant deployer file, or re-order both files. Sudo is reading them in “lexical” order, so 00deployer comes before deployer. Counter-intuitively, that means deployer wins!

I have removed the second file with rm /etc/sudoers.d/deployer, and I am trying again.